Last night when I finally got to see “Straight Outta Compton,” I found myself suddenly seeing a theme—and it wasn’t just Paul Giamatti playing a voice of demented reason to a breakout star musician. Rather, it was the fresh voice that music biopics were getting. 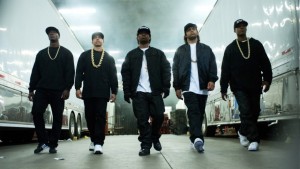 Zosha-circa-mid-2000s could’ve been convinced that avenue was done to death. Between “Ray” and “Walk the Line” it seemed like I could line up everything in the (seeming) boom of musician biopics and they’d hit all the same notes at the same time.

Which is why when “Jimi: All is By My Side” came out last year I didn’t expect much. A fictionalization of the year between when Jimi Hendrix got discovered and when he would release “Are You Experienced,” I didn’t find the film itself all that great. It was messy, tonally, and lacked the psychedelic oomph that its hero had. But since the Hendrix estate had denied the rights to any Hendrix songs, the filmmakers were a bit boxed in how they could portray Hendrix, leading to a biography that erred away from mythologizing its subject, and instead felt like a series of candid snapshots. At the time I felt that—though this film had let me down—there was hope for music biopics after all, if someone could improve upon the concept.

Which they did. This year’s “Love and Mercy,” and “Straight Outta Compton” show (in different ways) a new life in the biopic genre. 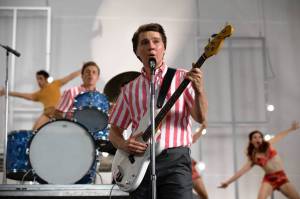 Their artistry, each tailored to the tone of their subject, creates two dynamic films that sprawl but don’t bore. They introduce hardships without harping on a message. We followed their musicians far beyond a encapsulated period in their life (the other pillar I had found strong biopics to stand on; see “Good Night and Good Luck”) and wound through events big and small.

Music biopics are hardly a new invention, nor are they likely done forever. But this summer has really thrown a wrench in any idea I may have had that any one genre, focus, or technique is “dead.”

Another example would be when I walked out of “The Gallows”—not because it raised the hand-held horror genre to new heights, but because somewhere in the B-string summer scare movie was a good idea; a fresh take. Oddly, the film being essentially an echo of better flicks that came before it felt less like a nail in the coffin of the hand-held camera genre and more like an example of what not to do.

If you want to expand the genre you’re going to have to do a bit more than call it in. And if this summer’s run of music biopics have taught us anything, it’s that you may have to sing for it.