And we’re back: Our first “traditional” episode of the season, bouncing between Noah and Allie’s views of the same events. Which draws a more direct line between the underlying tension of their relationship: It doesn’t matter how committed they both feel they are if they’re not sure where the other person really is. And to some extent they are in wildly different places.

Noah’s trying to shed his old life, and is excited to do so. He’s found a muse and it’s renewed his vigor for life. But in some ways the charm of his relationship with Allie is wearing off, and whether he’s right or wrong in perceiving it (as in the opening sex scene) or even whether it’s a bad thing (relationships cool over time, but remain fulfilling) he’s scared that it’s there at all. The ways in which they don’t know each other totally doesn’t have to be scary, but for Noah it preys on that uncertainty he has about the relationship—one he threw his life away for. The way she’s able to deftly lie to their host couple at dinner charms him, but it also taps into his concern about the front she puts on.

Meanwhile Alison remembers herself as much more independent in her version of events. Her memories also largely take place away from Noah; sometimes because she removes herself from the situation, but also because she’s restarting her life. She like Noah is looking to start anew, and she finds some inspiration with their host couple. Oddly the spiel she gets is something that Noah likely needs to hear more, but as someone who’s spent a large amount of the past few years (and most of the show) running away from the past, it was so touching to see Allie’s connection here. 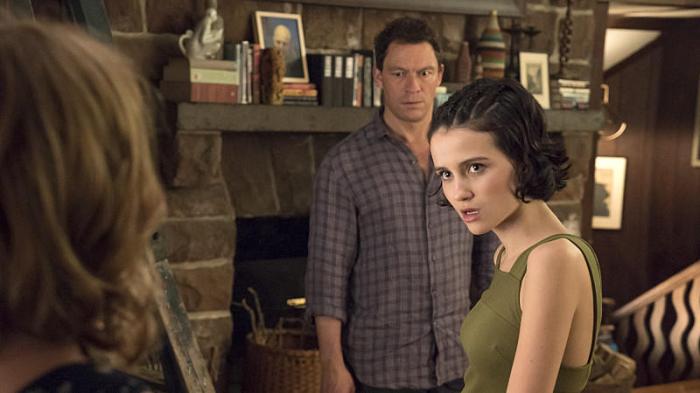 Of course their relationship isn’t existing in a vacuum, something Whitney’s presence in this episode loudly reminds our couple. Though it may seem a bit easy, their different scopes of Whitney, it also revealed a lot more about how this young girl goes through the world. Our scope of her in the first season is through Noah, who sees her as a classic, demanding teen—same here—but Allie shows that there’s a lot more going on to her than meets the eye. She may be young and self-indulgent, but who isn’t on this show? And honestly, if her trist with Scott Lockhart is going to be such a major component of this show, I’m glad we’re giving her a bit of dimension.