This week we pull back the curtains and let some light in on our relationships—and it’s not always pretty.

“211” draws a lot of comparisons between the states of Noah and Alison’s relationship with the state of Cole and Luisa. When Cole pitches the Lobster Roll-buyout idea to Luisa they’re overlooking the ocean, on one bench, bathed in sunlight, and constantly affirming their love and support for each other. Once Noah finally gets a hold of Alison and they sit down, they’re on opposite sides of the table, while a storm whistles outside. They are literally surrounded by the decaying bones of where their relationship started. Again, The Affair is not a visually subtle show. But it is affective.

Whether or not Luisa and Cole’s warmth could survive Scotty’s revelation that if he told Cole would “blow up his whole life,” is less clear. On the bench Cole swears to Luisa that there’s no chance he’d ever go back to Alison, who multiple people this week call a liar (Oscar even goes as far to say she’s “pathological”). The way they work their shit hasn’t always been healthy, but they do seem to come back to each other stronger, and more open, each time. Cole really is in a much better spot, and Luisa seems pretty sensitive to that. God help me, I love these crazy kids.

Meanwhile Noah’s relationships continue to crumble left and right. He finds out Alison has been lying about med school, and then he finds out that she’s absconded to Montauk, purchased a restaurant, with her ex-husband, and plans on potentially splitting her time there. In his defense, he had a long day. So he goes to visit Max, where truths are spoken, harsh words exchanged, and so much light is let in that it makes sense that we see Max testifying at Noah’s trial in the end.

To Max, Noah is the guy that has it all, no matter how much he tries to blow it all up. The guy who left the girl Max has always loved, only to have her continue to love Noah. To Noah, Max is the guy who’s always tried to buy the love of those around him. The guy who paid his girlfriend’s estranged husband $50,000 to set out on his own. Both of these viewpoints are said to the other. A glass is whipped at a wall.

And yet, Noah gets a lot of tough, wise love this week. Oscar seems to have some sort of read on him, Max understands that “sometimes people are going through something and you can’t be a part of it,” and even Alison is clear and unflinching about her wants and needs in this relationship. 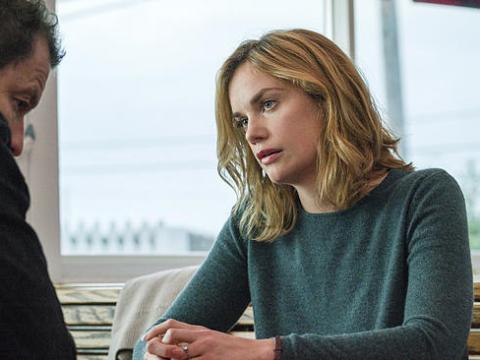 Maybe she gets that from Cole; it’s clear this week that there’s still a lot of warmth, love, and support there (Cole, actually, seems to have that with everyone, even Scotty). Hopefully she knows that Noah’s demands and pleads (“Do you love me?…Then don’t do this” is some manipulative bullshit) can’t be part of her anymore. She may not have seen Luisa and Cole’s heartfelt parallel conversation, but hopefully that’s what she’s working towards anyway.