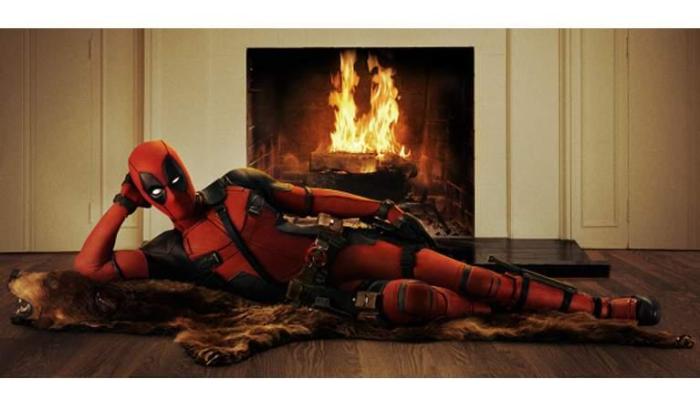 Let’s kick this off with the truth: No, Deadpool is not overtly pansexual in the new “Deadpool” movie. And no, that may not matter as much as you think.

For starters, this movie got made by the skin of its teeth. There’s a chance it got made using  creative means to get made, and there’s about a 70 percent chance that it wasn’t Ryan Reynolds. The movie has been in creative development for a decade (seriously) and hasn’t changed much since 2010.

It’s somewhat remarkable, given all that, the movie works as well and seems as timely as it is. Though I had a great time in the theater, the movie isn’t too much more than a wink and sarcastic comment about superhero tropes while still doing those exact same things. It’s fun and creative, but it’s not revolutionary—particularly not in the way the comic character can be.

Our titular  protagonist spends a lot of the film shrugging off the label of “hero” (even before he throws on the tights), and making snide comments about superhero movies and studios (about the X-mansion: “Such a big house. Weird that I only ever see you two. It’s almost like…the studio couldn’t afford another X-Man.”). But as distinct and clever as this commentary comes off, it’s not exactly in service of any revolutionary goals: He’s still trying to kick the bad guy’s ass and restore himself back to who he was, primarily so he can go back to life with his girl  Vanessa. As Deadpool himself says at the beginning, this isn’t a comic book movie so much as it is a love story. And basically every comic origin story involves lost, heteronormative love.

It’s hard to say if the film even makes any overt or intentional references to Deadpool’s shifting sexuality at all. Arguably almost any mentions can be played off as immature, “but no homo” jokes, and get about as far as Agent Coulson did when he first introduced himself to Pepper Potts: It’s a hat tip to those in the know, but it’s not integral to understanding the film.

And yeah, that sucks. Deadpool is such a unique and interesting character that seeing him flattened into the traditional superhero mold even as he actively decries himself against it is hard to shoulder, even if it ends up being pretty fun to watch.

But for now it’s important to note that the creators and people integral to the production of future Deadpool movies (director Tim Miller, or “an overpaid tool” as the opening credits refer to him and star Ryan “God’s perfect idiot” Reynolds) believe him to be pansexual—and have stated so publicly.  That elevates this beyond just “queer-baiting” where writers like to flirt with fandom pairings without ever publicly acknowledging them. Deadpool’s ever-shifting sexuality (itself still debated in the comics) is not merely a subtextual bastard. It’s an influence running in the back of the minds of the creators.

For now it’s purely subtextual. And yeah, that is annoying, or at least disappointing. “Deadpool” is not progressive in that way, aside from some homoerotic subtext and winking jokes—aka, not progressive. But the film’s success so far can’t be ignored, and while it’s sure to impact what X-Men and superhero films look like in the future, there’s  hopefully nothing but good vibes and green lights on the horizon for the Merc with the Mouth. And the people making it seem to be itching to bring in some LGBTQ-love.

We’ve already seen what they can do with some test footage.