When Ramsay was introduced he seemed like the logical successor of Joffrey: He was rabid and sadistic, unquenchable in his thirst for violence. The difference was he was effective. 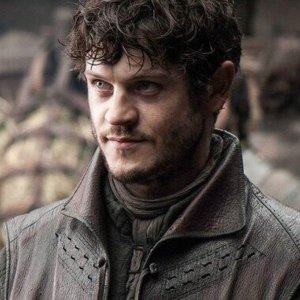 At his best Ramsay Bolton introduced an uncomfortable question to the world of Game of Thrones: Was it worth serving a ruler who got shit done if he was a vicious madman? When the show is at its strongest it manages to interrogate the beloved fantasy tropes that so often run amuck in the genre, and Ramsay was a logical, if cruel, extension of that. In his own Hitchcockian way he got at the audience’s tickle for violence. His final battle this past season showed that his proclivity for violence at least informed his genius as a battle commander.

But too soon he became 2D. He was all-knowing (how could he possibly have ferreted out the woman within Winterfell who talked to Sansa almost exactly after they conversed?), and his violence wasn’t used to service the story anymore. It felt as if the writers were just using his new levels of depravity as a reminder for the audience that, yup, he was still a brutal, evil character.

We didn’t have to like Ramsay. Hell, we didn’t even have to respect him. But we as an audience had to respect his position in the story. His awfulness had to be used for something beyond titillation, and—by at least season 6, if not earlier—it was clear he no longer served that narrative purpose. 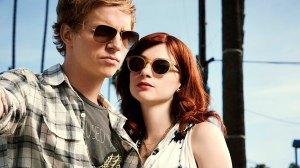 Contrast that with characters like Jimmy and Gretchen on You’re the Worst: They’re far from likeable. The log line of the show is essentially “two awful people learn how to be in love with each other.” But their disrespectful and hurtful actions serve a narrative purpose when they do happen; each time one of them lobs a verbal handgrenade at someone else it’s to communicate something deeper about themselves and their characters.

It seems almost cheap to say that Ramsay should’ve been deeper: It’s the fool who asks for shows to be something they clearly don’t want to be. But if Game of Thrones wants to hit with the best of them, it’s going to need to start seeing even its peripheral characters more dynamically. Or else it’s going to have stop rewarding them narratively.