Well golly, that was one helluva Pride wasn’t it? When we started the month everything seemed like a wide-open horizon. Now…well, it’s been a long month.

Writing about culture, in times like these can seem trivial. Unlike others, I don’t have any grand statements to opine about empathy machines or revealing who we really are; right now culture feels like a thing to do, but it doesn’t necessarily feel like the thing to do. I find more and more that I am explaining to people what actual representation looks like. It’s not always the stories in front of the camera, sometimes it’s the people behind the camera too — and the people who green light these things, and the people who shape political landscapes our art is born onto. That’s representation that we need to fight for, and that needs fighting for at the moment.

That being said, here are some things that just gave me life this month:

Wow. There’s so much to say about Hannah Gadsby’s daring, groundbreaking, and gutting comedy special, but to put it succinctly: While the rest of the world was talking around talking about how to appropriately deal, as a society, with men who have hurt others, Nanette tackles it head on, forcing the issue in your face and elegantly circling the horses around you. By the end of the hourlong special, I was rapt, and the feeling has consumed me for days. Run don’t walk to your nearest Netflix outlet to hear on why Hannah Gadsby is the comic special to watch. 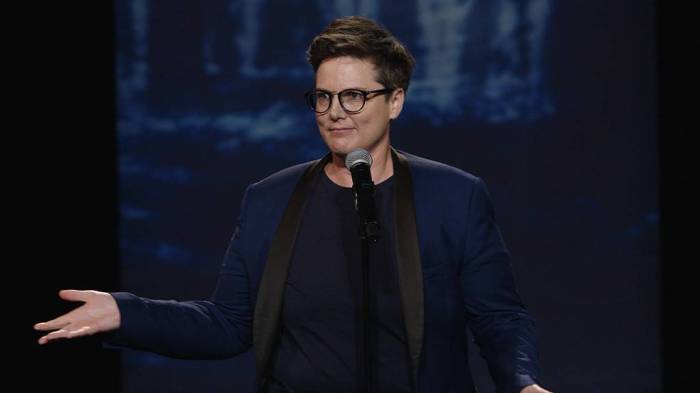 It’s become tired to say that something is (or will be) an important artifact of the Trump era. But leave it to the Kings (the writers behind this and The Good Wife) to find a way to make it wired, and—most importantly—fun. For all its pointed politics that can sometimes misstep or mis-swing, perhaps no scene has summed up like under this administration quite as much as a (liberal) judge getting a push alert to his smart watch, and uttering “Oh! This world!” and then continuing about the scene without a second thought. The Good Fight doesn’t always win its battles (its continuing blindspot for race relations, despite focusing on a Black law firm, is proof of that), but it did manage to be a fun 23 episodes, that didn’t pull back from the pulled-from-the-headlines nature the first show embraced—even as the headlines get more and more ludicrous.

For a Good Time, Call…

It’s hard to pull off a platonic love story between two female friends without it seeming too queer baiting, and For a Good Time, Call… definitely indulges those tendencies too. But by the end of this fun film, it’s clear that—on whatever level these women choose—they are soulmates, through and through. And their fights, to-dos, and deep affection finally reflect that of women friendships I know.

Plus, my god, they are funny.

APESH*T – Everything is Love

The release to end all releases. Once again Beyonce has stopped the world with a few Instagram posts, a video, and a full-fledged, long-awaited album with her husband. Everything is Love is neither of the artists strongest work, and coming off an album as strong and powerful as Lemonade it certainly falls short, just by nature of being more experimental and less nuanced. But the album has deceptive depth, and—honestly—all the songs are bops, in their own way. It would probably be better received if it had followed the self-titled album, but Everything is Love will likely hold more of a place in the zeitgeist than its initial response may reflect.

It’s not perfect, it’s not ideal, and it won’t fix anything. But good lord did I need a movie full of competent women wearing kick-ass outfits pulling off a heist. I now own a velvet blazer, so Cate Blanchett’s propaganda worked. 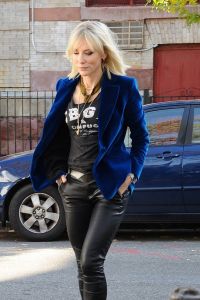 The Assassination of Gianni Versace

The Color Purple (the musical)