The next time I see you, I will be poorer in pocket but infinitely richer in having seen On The Run II. Farewell, all!

I didn’t let myself hope for much from A Simple Favor. I love thrillers, I love women-lead items, I love Anna Kendrick and Blake Lively. It seemed like, good or not, this movie was engineered for me to have a good time. But I forgot the Feig of it all.

Paul Feig, who has previously shown adept Frankensteining of tones in Spy, helms this superb comedy-thriller — a descriptor I’m not sure has ever been used or lived up to its potential, until now. As if it weren’t enough that this movie is twisty as hell, it’s also hysterical, volleying between moods and motives as if they were Tic-Tacs: Ferociously, one after another, all while keeping it fresh. 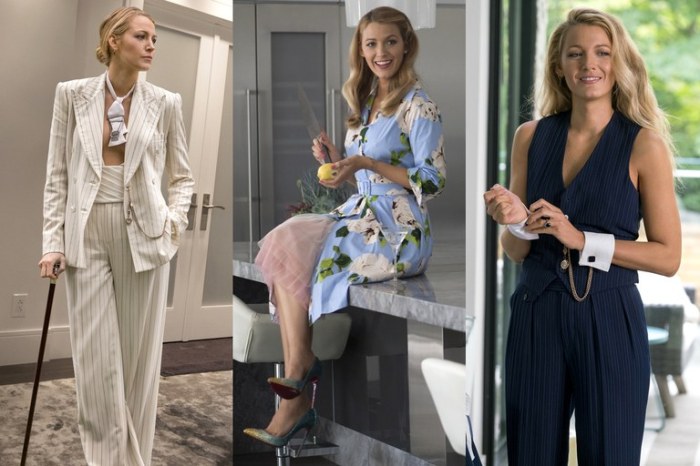 I love Bojack. It’s like zany Mad Men, with more puns, tomfoolery, and anthropomorphized characters. Season five was more of the same, which is to say new heights of brilliance and complexity, without skimping on the creativity and pizzazz that make Bojack so fun to watch.

Never one to shy away from big topics, season five is a season almost entirely predicated on the same idea that just a few weeks prior Louis C.K. was exhausting us all with. Only this time it’s done responsibly and methodically, without erasing the victims of the harassment at all.

This is not a perfect show. Sometimes it feels as if the writers are more interested in dilemmas than they are in characters. But boy, nothing beats a charming sitcom that’s not afraid to dabble a bit in the drama of it all. The show is at its best when its toying with its own version of a “will they/won’t they” — the estranged father/son dynamic — but it’s sweet and funny as hell throughout it all.

The Bullet in my Arm

The world has been struggling to make sense of what to take away from the 2016 election, and subsequent administration. How do we cope with the vitriol that has made its choice abundantly clear in this country? Whose job is it to cross the divide? I’m positive I don’t have an answer for that yet. But I know that reading well-reasoned, beautifully-written things from a different perspective than my own is vital no matter what.

The U.S. is an amazing experiment I believe other countries can’t quite fathom; the sheer diversity not just in the perfunctory label that is applied to people, but to the geography and the needs of the nation are unparalleled. Learning more about the actual people who believe they require something different than me — in this case, gun country, Tuscaloosa — is fascinating. And this Atlantic article is a good foray in.

This movie has been described as “Death of a Salesman in swim trunks,” which both perfectly encapsulates it and utterly undersells it. It’s a movie that hinges on a sort of “gimmick” — man mysteriously floats and swims his way through the county towards his house, and seemingly away from some truth of his life we aren’t quite privy to — but manages to embellish it beyond that, or perhaps in spite of it. With each new pool Ned Merrill dips into a few more years are washed off, and the end is so specific as to be universally haunting.

Ooh, and please read Travis Woods’ fantastic essay on it for BWDR (the impetus for my viewing).

&& also: Check out Ethan Warren’s essay on Step Brothers as well, with a thesis and an Iraq War connection that will blow your socks off.