Luther is less of a TV show and more of a comic book.

That’s not necessarily a bad thing. It’s got all the pulpy sensibility of a comic, the sort of haphazard violence and motivation that makes for thrilling panels. Between its elegant direction and its surprisingly eye-popping cinematography, it almost seems like it’s already leaping out of a page.

Or vice-versa: The show could’ve been easily adapted into a gritty, complex antihero graphic novel, without much changing the characters.

The show’s attempts to frame Luther, its titular hero, as the sole protagonist always seemed to fall a bit short. Both Luther and Luther crackled best when Alice was involved, and its side characters always seemed to be bursting at the seams to do more, thanks largely to the actors. Removing Alice—or at least downplaying her role in Luther’s life—left the show limp, exposing more cracks than foundation. Its second season never managed to quite earn the Luther saves the teen hooker with a heart of gold emotion it wanted to. The third, wrapped itself around and around trying to give Luther a proper (but not too high) wall to climb. And the fourth—well, the fourth didn’t have Alice did it? It was merely left to examine the hole she carved in Luther’s life, and this show is best when it isn’t examined too closely. 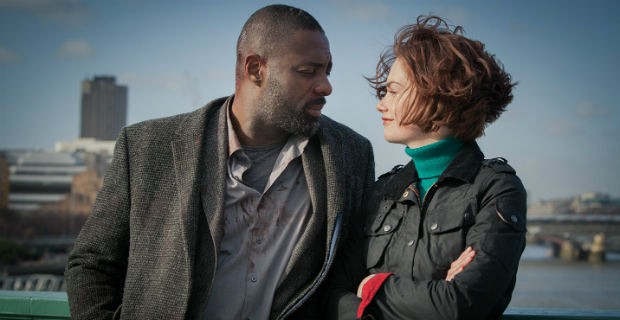 Because as a TV show it could never quite make the connections it needed to. The show is ultimately saved thanks to its cast of captivating player, obviously and notably including Idris Elba, who imbues Luther with the weight of the world and an aloofness that is seldom matched in antiheroes.

But the writing was never quite up to snuff. Luther wasn’t as interested in the relationships of it all as it was in the way the show and its players met up with Luther. Alice was the only one who consistently felt like a good sounding board for Luther, but the show couldn’t keep up things to do with her without going too big. Without any sort of receiving outlet, there’s no where for our favorite London cop to get a good buzz. It leaves a viewer thinking that the crackle of Luther was more akin to that of House of Cards than The Wire: All sizzle, and no spark.

Often I think “The Affair” is clever, but not as clever as it thinks it is. But the one thing it consistently does well is Alison.

Obviously Ruth Wilson plays her spectacularly, but there’s definitely more to the character than that. The complexity that Wilson and the writers instill into Alison’s character is so mesmerizing because it draws you into the character when we really have no business being there at all.

She is, after all, an adulterer (which despite many media’s attempts–including this one–will never be a romantic or exciting plot line, for me) with a major self-destructive streak who’s still mourning the loss of her only child. That’s not always a fun thing to watch.

But “The Affair”‘s Alison is a firecracker; she’s built her unpredictability on all the things above, and that’s what makes her so much fun to watch. We’re given to believe that this is the first time she’s really done this, or at least Athena seems to think so, and also that it all stems from losing Gabriel.

It’s what makes the end work, because you honest to God have no idea what Alison is going to do or who she’s going to do it with, or even what would be best for her. It’s also what makes the scene with Cherry so revealing. All that complexity is built on her desire to be somewhere or someone new while simultaneously punishing herself, so she stays and listens through Cherry’s spiteful speech–where Cherry is quick to assure her, that Gabriel’s death is all her fault–because she feels like she deserves it. Like Cherry’s right.

By this point I think I can safely say that Noah is a shitbag, but he does have her pegged: she needed (needs?) a little faith, in something. And somewhere in the full range of emotions she goes through here she finds guidance, or at least a facsimile of it.